Iran is an international hunter’s paradise with numerous species of sheep, ibex, gazelles and even wild boar. Some of the available species can be hunted only in Iran. Maybe it is a problem for an American citizen who takes a firearm to Iran or bring trophies home with him, but this problem can not break a sheep hunter’s dream for World Capra Slam or some kind of arguing SLAMS

The Department of Environment of Iran conducts annual surveys to determine the 150 to 200 permits to be issued. The mountainous elevations in some hunting areas could be reached as high as 13,000 feet, steep and rocky likely the most of sheep country, but you don’t need go that high for these treasured trophies. The success rate is nearly 100 percent. The Iranian people are general hospitable and friendly.

Depending on the areas, lodging can be in tent camps or game warden lodges. The latter are clean but simple concrete-block buildings that are comfortable. Most have good beds. Organizers provide full camp staffs with packers, guides who speak multiple languages, a translator if needed and a private cook who will prepare whatever the client prefers. The hunting season runs from October to March, with specific dates for each species set by the Department of Environment. Please note Alcoholic beverages are forbidden. 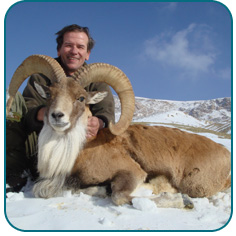 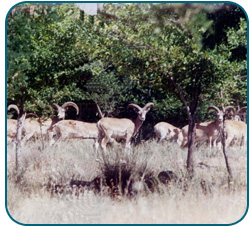 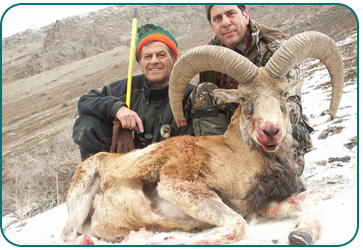